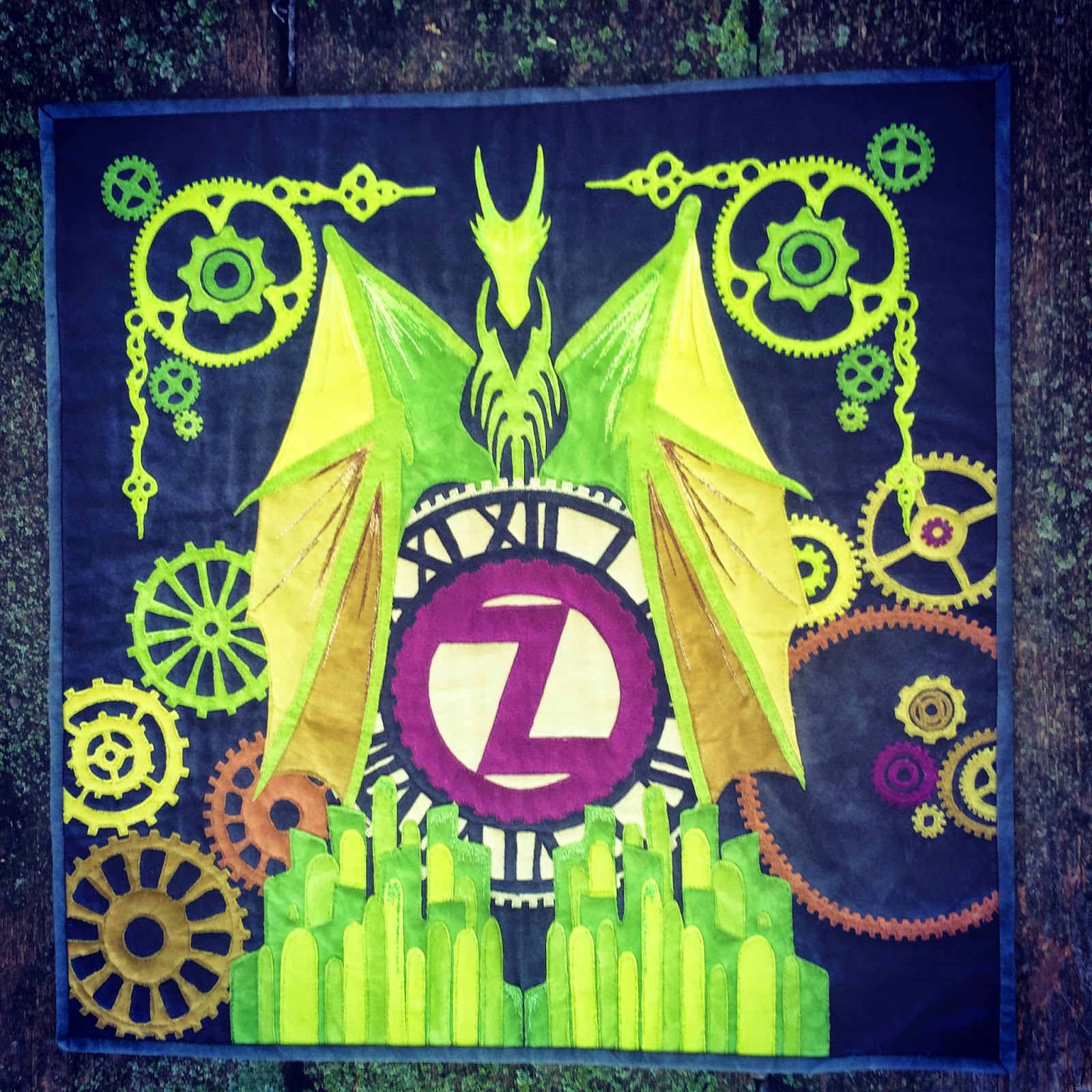 I recently participated in the Cherrywood fabric Wicked Challenge. For this challenge we were given several fat quarters of the fabric that had to be used in our design and we could add any other fabrics as long as they were from Cherrywood. 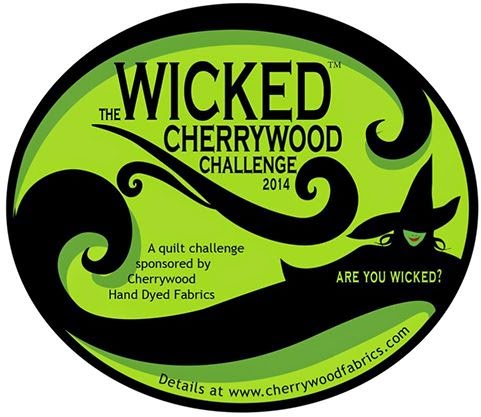 The Inspiration
The Clock of the Time Dragon and the City of Emeralds. Unless one reads the book "Wicked" you truly don’t understand the meaning of the Dragon and the clock in the Musical. "the Cock of the Time Dragon is mounted on a wagon and stands as high as a giraffe . It is nothing more than a tottering, freestanding theatre.... On the flat roof is a clockwork dragon, an invention of green painted leather, silvery claws, and ruby jeweled eyes. Its skin is made of hundreds of overlapping discs of copper, bronze, and iron."
The clock does not tell time; rather it tells people the secrets from their past and present and predicts their future, but sometimes the clock exaggerates or outright lies.
The City of Emeralds is filled with splendid gardens, beautiful streets set with glistening emeralds and vast Royal Palaces of polished green marble and luxurious apartments. But also streets filled with crime such as prostitution, drug-dealers and drug addicts, street rats and even sections of Assassins who are involved in top secret conspiracies.
What could be more WICKED! 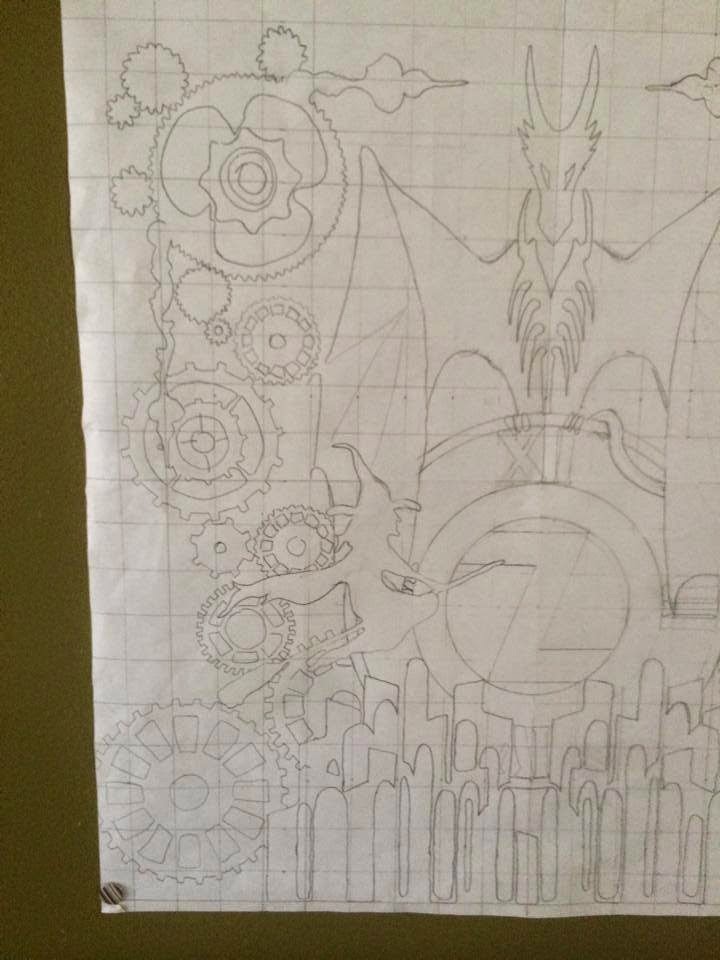 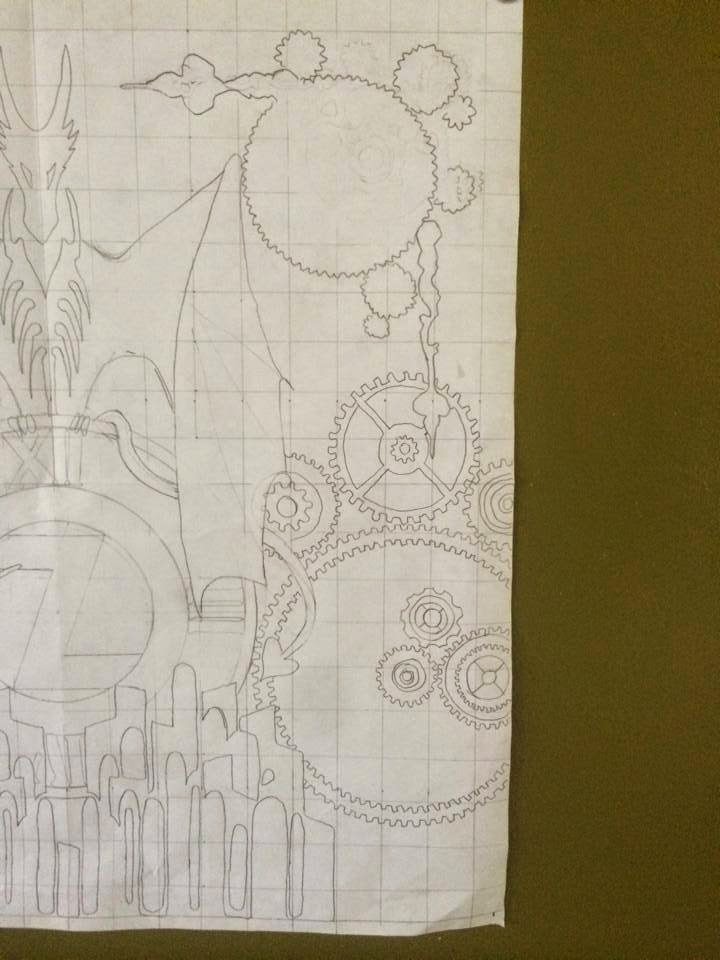 Starting to put it together. I used fusible and raw edge applique.

My quilt did make it to the top 25 finalists, so my quilt will be displayed at the Gershwin Theater as well as many other venues around the country. I hope you have a change to see the exhibit. 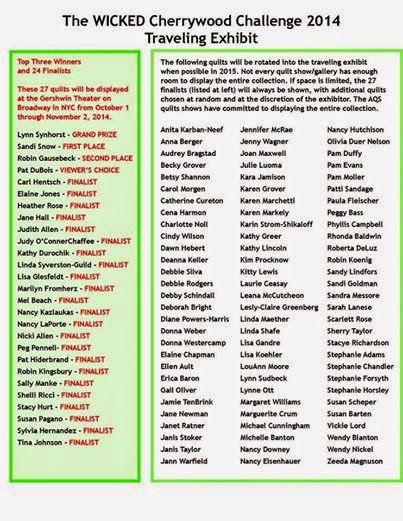 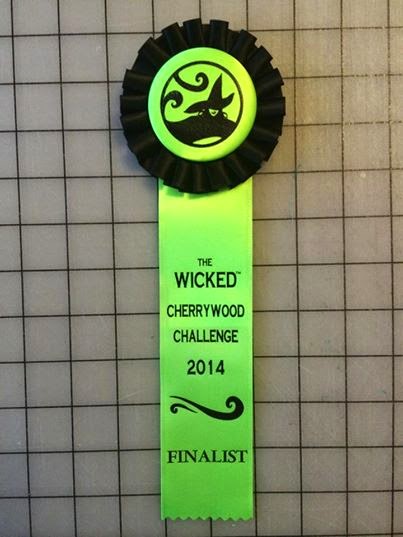 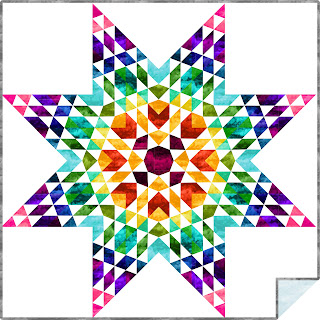 We have updated the Chrysalis Pattern with new fabrics from Clothworks! The new fabric is Misty and is a reorderable basic from them. You can get the pattern here . 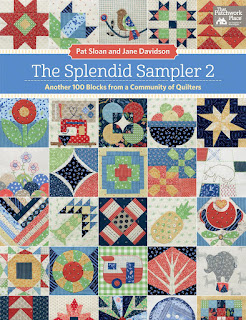 As many of you may know I was fortunate enough to be able to participate in the Splendid Sampler 2 organized by Pat Sloan and Jane Davidson. I was very excited when asked to participate. I love Foundation Paper Piecing and of course I had to use that technique for my block. The block is named Betty’s Bloom in remembrance of Betty Blue, my first Jack Russell. I had her as a puppy and she was the start of 3 Dog Design. Betty Blue I love all aspects of creating from designing to sewing but nothing is better that when you can share your work with friends. And it's even more fun when you can share a great bottle of wine to relax and enjoy the company. I wanted to try using the block on its own in a small wall hanging and wanted to see what it would look like in all solids. The results was a nice modern interpretation of the design. Another idea would be to alternate Betty's Bloom with a simple block. Join us on our next cruise to Alaska. 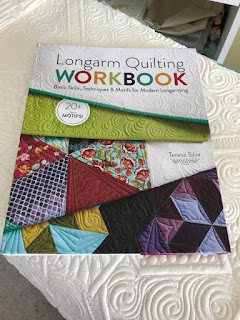 Hello, today it is my turn on the blog hop to talk about Teresa's (Quilting is My Bliss) new book. I am excited for Teresa and jumped at the chance to participate. Before I get started on the book, a little bit about how I know Teresa. I stated watching Teresa's quilting on social media feeds a couple of years ago. I saw how she developed her own quilting style and I was in the market for some quilters for my new book (New York Beauties and Flying Geese). I finally approached Teresa and asked if she would be willing to quilt a few of the quilts for my book. Fortunately she said yes, and since then I have sent her many quilts. We'll look at a few of the quilts a littler later in my post... When I first opened the book, I noticed that this would be a great book for someone that was considering the purchase of a longarm machine. The first chapter is devoted to some basics Basics on longarm quilting machines. Great information on the different types of machines